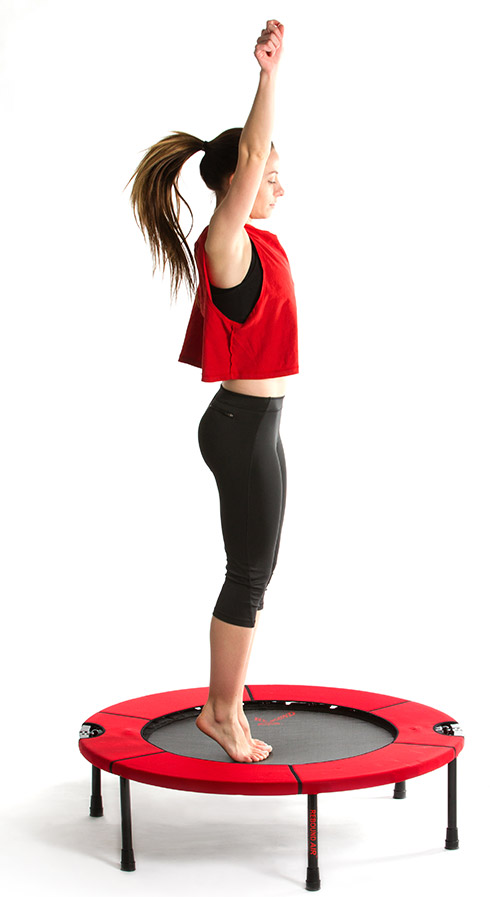 The Aging Myth
“Rebound exercise is the most efficient, effective form of exercise yet devised by man.” I blurted out to a group of medical doctors and fitness technicians as I was trying to impress them enough to put a mini-trampoline into their corporate fitness room at Weyerhaeuser in Washington.
“If it is so good and you tell us that you are a product of this form of exercise, what have you against our testing you. Put your body where your mouth is.” I agreed. They did test me, and a half-hour later they admitted that I had a body comparable to that of an 18-year-old athlete. That was good for the ego of a 38-year-old man. That was 20 years ago. I am now 58, and, if I am going to reach my goal of living healthy to 120, I have to yet reach my mid-point of my life. I am not yet “over the hill”.
When I made these kinds of statements at 40, many times I would receive snide remarks about being a “big dreamer”, but no more. I am now comfortably situated among many athletes who believe that aging is a biological myth. Cheryl Tiegs is 51. At 17, she made the cover of Glamour. At 31, an age when most models are washed up, she was anointed “top model” by Time. As recently as 1996, she appeared in Sports Illustrated’s annual swimsuit issue. “Beauty has no age boundary,” she says. What it means to be 50, 60, 70 is completely changing.”
Okay, I’ll admit that she’s one in a million, but genes aren’t everything, according to the latest research, “a healthy lifestyle and a strong relationship have the biggest impact on how well people age,” says Robert Kahn, M.D., co-author of Successful Aging. Tieg’s profile fits that anti-aging blueprint I have been talking about for over twenty years.

Ideologically we can reverse the aging process by 15 to 25 years,” says Mariam Nelson, Ph.D., a Tufts University scientist and specialist in aging. We can do that by becoming stronger. At age 35, says Nelson, we begin to lose one-quarter to one-third of a pound of muscle each year. Yet Nelson’s studies of weight training in women over 45 shows that even into their 90s, people can add muscle mass and bone density, reduce the risk of heart disease and osteoporosis, and lead more useful, independent lives.
In other words, the problem isn’t aging but disuse. “People who don’t exercise regularly suffer a 1 percent loss in aerobic fitness every year starting at age 20,” says Barry Franklin, Ph.D. president of the American College of Sports Medicine. “But that loss can be restored years later,” he adds, “through just three months of steady exercise.” This combined with a program of light weight training, will lead to improvements in cardiovascular function, skeletal muscular function, and the ability to use oxygen.
In the mid-90s James Hagberg, Ph.D., then an exercise physiologist at the University of Pittsburg (now with the University of Maryland), began studying 25 postmenopausal women athletes. Hagberg calls them his Superwomen. These yuppy obsessives tested like teenagers. “Their body fat is 33 percent lower than that of postmenopausal women in general, they have the cardiovascular function of women 30 years younger, and some of them look decades younger,” Hagberg says.
So, now that we have established a few benefits of regular exercise, where is the best place to get this exercise? The answer to that question is completely up to you. Moderate endurance exercises include swimming, biking, walking and hiking, scrubbing a floor, and playing golf without a golf cart,. Strength exercises would include free weights or weight machines in a health spa. However, it is not necessary to go to a professional gymnasium for a complete exercise program. All you need is a little imagination. As a full scholarship wrestler at Oklahoma State University, I used to run up and down the stadium steps and lift other wrestlers over my head for exercise. My coach had enough imagination for all of us.
Everybody has his own favorite method of exercising, let me share mine with you. Naturally it is rebounding, because you can do anything your body needs right in the comforts and convenience of your own bed room or family room in front of the television.
In his Book, Jump for Joy, James R. White, Ph.D., states, “Rebounding is the closest thing to the fountain of youth that science has found.”
Dr. Gideon Ariel, of the Olympics Committee, considers, “rebound exercise an ideal aerobic exercise activity for all ages, designed to promote and maintain a healthy mind and body.”
Dr A. Ackleson of Texas believes “rebound exercise is undoubtedly the most complete and efficient training activity known for building coordination, stamina, agility, balance and overall physical fitness without the usual trauma associated with other forms of vigorous exercise.”
Dr. James Fisk, of New Zealand, states, “There should be a rebounder in every home, school, office, workplace, physiotherapy department/office, gymnasium and anywhere else that one can think of.”
Now, if you like other forms of exercise, activities and sports, remember that “rebound exercise increases one’s tolerance for exercise.” In other words, consider rebounding as a precursor to all other exercises and activities. By doing so, you will enjoy life to its longest and fullest. And I’ll see you on the other side of 100!